We had the pleasure of meeting Amar Muhsin and interviewing him alongside Andre Alsenati and his previous manager, Jowad Al-Jabori, as part of our Football Uncovered series. It has been fantastic to see him quickly finalise his paperwork in order to represent the Iraqi national team, as per his desires. The following is a transcript of his recent interview with Noor Nazaar from Al Taghier TV channel.

1) Firstly, what are your emotions on receiving the Iraqi passport and being call-up for the national team?

It’s been an amazing feeling from the first day. I’m very happy to represent them InShaAllah. It will be so fun and I am so thankful and proud to be part of the Iraqi team. I am excited to meet the players and the staff in Spain.

2) You are called up to the first time for difficult matches (Mexico, Ecuador, Costa Rica). What are your feelings with these games?

It’s an amazing feeling as I’ve said before. Always as a player you want to play in big games against big players. To represent a country that you love – it’s something you can’t describe. When we play those teams, we will show them who we are and play a good game, I hope so. I’m very excited to play. They are very good opponents and they prepare for the World Cup.  We will have respect for them but we will also show them that we play good football.

3) The Iraqi fans are excited to see European based players play for the Iraqi national team. What would you say?

I have very big respect for everyone. I want to say to the fans, I am very thankful from my heart because they have been kind to me on social media. I want to send them so much love. Hopefully, I will give them everything on the pitch for the Iraqi national team and it is an amazing feeling. I want to thank everyone.

4) Today there are many pressures on the Iraq team. Do you feel that you prefer if you were in a time period where the team was doing better?

Always in football there is pressure. We have a job to do on the field. We as players just need to accept it.

I always have ambition to play as high (standards) as I can. We still have one game against Hammarby and I will take one game at a time. I don’t know what the future holds but InShaAllah it is something good. We will see…

6) The team is led by Coach Radhi Shenaishil. Has he spoken to you? How did you find dealing with him?

No, I just heard from Mohammed Imad (media officer) and he told me good things about the coach. He told me he wants to play a beautiful game with a lot of touches on the ball and play nice so it suits me very good. I have heard good things about him and I hope he has seen that I can do a lot for the team so I’m very proud. I hope I can do some helpful things for him and the team.

I’ve just seen a little bit because here in Sweden there is a difference in time with Iraq but I have seen clips on YouTube and it seems good. I hope we can keep going on that stage.

8) You play as a striker. How did you find the attacking quality in Iraq? Did anyone catch your attention?

In the Iraq team, I don’t know so much about the strikers. My friend plays in the midfield, Amir Al Ammari. I know him well and he knows me well, so I would say him.

9) What did you speak with Amir Al Ammari about the national team?

When the first talk came up, I was very excited to go. Of course, Amir encouraged me to come and play here because he has been a key player for Swedish football and Iraqi football. I have spoken to him a lot and he has told me good things about the team. We are feeling very excited to play again and it’s going to fun. He has just said positive things and we are both excited to soon be there.

10) What was the most thing that attracted you to the Iraq national team when you spoke with Amir Al Ammari, if you can share with us?

11) Did anyone contact you from the Iraqi FA, such as Adnan Dirjal? Or was it only from the media officer, Mohammed Imad?

Yes, many people have been helping me a lot such as Mohammed Imad, Adnan Dirjal, Zaid Ahmed. I have many names to say thank you for and the whole Iraqi national federation and all the fans. You have been amazing to me and I want to show you so much love and hopefully InshaAllah on the pitch I will do everything. If I miss some names, sorry but thank you to everyone there who has helped me to come to you. It means a lot to me, thank you.

12. What is the most thing that attracted you the most to represent the Iraqi National Team?

13. There have been previous expats before with the national team eg. Ahmed Yasin and Justin Meram. How do you see their journey?

It means a lot, especially for Ahmed Yasin. I have played against him many times and I know he is a big name in Sweden and Iraq and is a good player. It means a lot when these professional guys from Europe represent Iraq. It’s very good and gives us younger guys hope to join the same footsteps they took.

14. There are a number of Iraqi players in Swedish. How do you see Kevin Yakob?

Kevin is a very nice guy. I know him from before. He played here in Gothenburg, where I’m from. He’s a very good player and played a lot in the first league in Sweden. He knows what he’s doing – young but with much experience and very good with the ball. If he’s joining the Iraq national team, it’s very good for us.

15. What about Rewan Amin. Can you tell us a little bit about him?

Rewan, I think I’ve played against him. He plays in Dalkurd and is a good player. He also played in Swedish first league. I haven’t seen a lot but I know that he’s good with the ball.

15. Do you know about previous Iraqi strikers, like Younis Mahmood, Emad Mohammed, Razzaq Farhan? Did you watch them or not?

Yes, I know Younis Mahmood. Sometimes me and the Iraqi players in Helsingborg – Sumar AlMajed and Amin al Hamawi. We watch sometimes on YouTube and sit on the sofa and just enjoy when he plays. We see him and just laugh and say he was a good player and very important player for Iraq.

16. There are some players from Iraqi origins who have not made a decision, such as Andre AlSanaati and Aimer Sher. Have you spoken to them with this topic? Will you convince them to play for the national team?

I know Andre very good. We played together at Eskilstuna, he’s a very good player and a good friend. He represented Iraq U23s and since I haven’t spoken to him. Aimer Sher, I know he played in Hammarby and plays abroad but those two are very good players. They are young and they should be added to the team if they want to because they are good players.

17. Do they want to play for the national team or not?

Yes, 100%, I think they want. They would be honoured, I think, to represent the Iraq national team.

18. Sometimes the questions might have been pressured but let me ask you, who do you think is currently the best Iraqi professional striker, aside from Amar Muhsin?

The thing is, I don’t watch so much the football in Iraq. I’ve been so focused in Sweden but I know someone in the national team called Aymen, I think? I’ve seen a little bit in clips, he’s a traditional striker. He does a funny celebration.

19. Did you know that you, Aymen Hussain and Younis Mahmood are from Kirkuk and you are all strikers?

I didn’t know that, maybe good strikers are from Kirkuk!

20. Which player are you most excited to see in the national team?

I would love to meet Mohanad Jeahze – , I know him a little bit. We’re going to play him in the last game – Helsingborg vs Hammarby. It would be fun to meet him in the national team because he has done very well in Sweden and to get to know him better and so on.

21. Where did the nickname, The Sniper, come from?

Actually, I think it the Iraqi fans who always comment “Iraqi Sniper” or “Iraqi Assassin” and so on. When I score a goal and celebrate with an arrow, it kind of became my thing.

22. You are on social media and you see the positive reaction from the fans. Does negative reaction also reach you in Europe?

Yes, I have gotten many messages from Iraqi fans which are very good and nice. I want to thank them all. The negative comments, usually I just wash it away. I don’t care what people say about me.

Of course, when you play for Manchester United you are a very good player. Also, he is playing with Cristiano Ronaldo which is amazing to just be near him and train with him and learn from him. He is also playing games in the cup and he is on the bench in the league which means a lot. To know he is from Iraq and if he gets the call up, it means very much if he comes. He is so young and it’s very good for him.

24. Your will be in Basra soon to face Costa Rica. What would it mean to you to visit Basra? Do you have the affinity to see your country while you are playing a game of high-level in Basra in a stadium with 65,000 seats?

It means a lot to InShaAllah come to Basra and Iraq and this beautiful stadium that has 65,000. Wow, it would mean everything to play there in front of every Iraqi fan. It would be amazing, amazing!

25. Quickly, Amar, what is your favourite Iraqi food?

Ooh, I love everything! I love Shish Kabab with Rice. Yes, I love dolma! It’s another level. 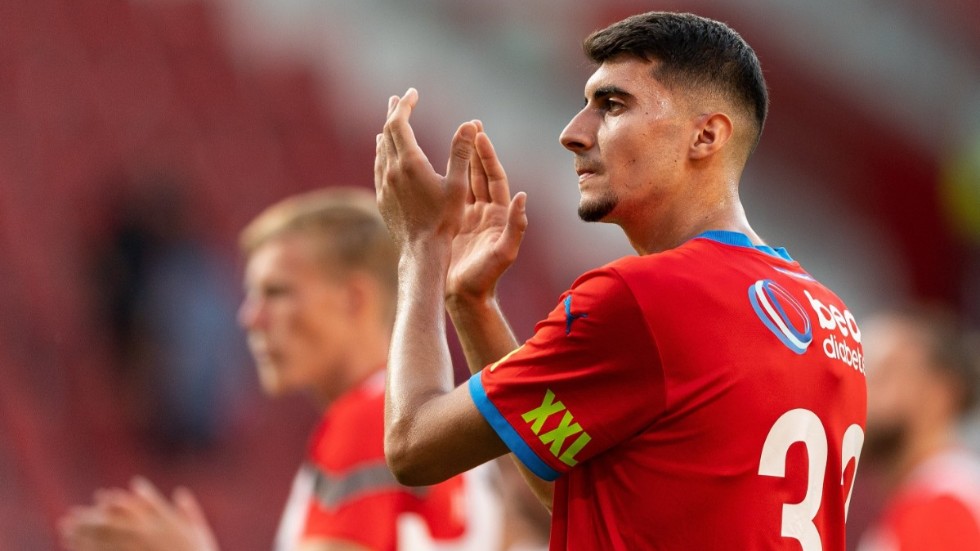